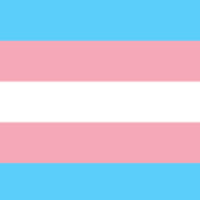 The UNMC and Nebraska Medicine LGBTQ+ Employee Alliance will host a Transgender Day of Remembrance (TDoR) ceremony on November 20 from 3 to 3:50 p.m. in the Durham Outpatient Center atrium. Assistant Vice Chancellor for Human Resources Aileen Warren will give opening remarks about UNMC ​and Nebraska Medicine's ongoing inclusivity efforts. Featured guest speaker is multimedia artist Eli Rigatuso, an Omaha area equal rights activist and member of the LGBTQ+ community. Rigatuso will discuss the origins of TDoR and societal disparities of people with multi-marginalized identities.

The ceremony will also feature a traditional reading of names in remembrance of people whose lives were lost in acts of transphobic violence within the past year. Readers will be LGBTQ+ community members Cei Loofe and Adrian Genevieve. A moment of silence will be observed, followed by quiet music for individual acts of reflection and remembrance. Assistant Vice Chancellor for Academic Affairs and Director of McGoogan Library Emily McElroy will give closing remarks.

Transgender Day of Remembrance (TDOR) started as an act of visibility in 1999 by transgender advocate Gwendolyn Ann Smith as a vigil to honor the memory of Rita Hester, a transgender woman who was killed in 1998.