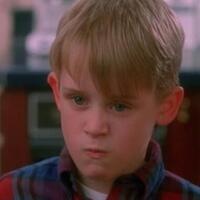 Is Kevin McCallister a psychopath?

A special holiday edition of Science on Screen, presented by Film Streams and University of Nebraska Medical Center - UNMC will raise a provocative question about the classic holiday film HOME ALONE.

Upon its release in 1990, the John Hughes-penned blockbuster was anointed into the canon of Christmas films. But with the distance of a few decades, Home Alone seems like a somewhat unlikely film to rally the family ‘round. When his neglectful family leaves him behind for Christmas vacation, the film’s hero, eight-year-old Kevin McCallister, experiences elation and discovers the solitude for which he’s always yearned. And when a duo of home invaders threaten his newly liberated living situation, Kevin methodically and ingeniously takes them out over a long, gruesome Christmas Eve.

Register
This event content is powered by the Localist Community Event Platform.