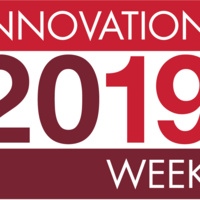 Dennis C. Liotta, Ph.D., the Executive Director for the Emory Institute for Drug Development, has helped transform HIV/AIDS from a death sentence to a chronic infection in which patients are able to live active, near-normal lives. The Emory University Office of Technology Transfer estimates that more than 90 precent of all of the HIV-infected persons in the United States take (or have taken) one of the two drugs he invented. The two drugs, lamivu­dine (Epivir) and emtricitabine (Emtriva), are components of fourteen FDA approved combination therapies including Atripla, Biktarvy, Combivir, Com­plera, Delstrigo, Descovy, Dutrebis, Epzicom, Genvoya, Odefesey, Stribild, Triumeq, Trizivir and Truvada.

Dr. Liotta has also made lasting contributions in other areas, including the discovery of chemokine receptor modulators that are effective in helping treat a number of indications.

The chemokine receptor, CXCR4, is a seven transmembrane, G-protein coupled receptor whose only endogenous ligand is the protein, CXCL12 (also known as SDF-1). These receptors play a crucial role in a variety of im­portant normal and aberrant physiological processes, including chemotaxis, metastasis, angiogenesis and tumor growth. Since it is highly overexpressed in more than 23 hematopoietic and solid cancers, compounds that can modulate selective components of the CXCR4 signaling pathways, includ­ing those associated with cellular proliferation and survival, have become popular targets for therapeutic development. Especially active targets in this area include hematopoietic stem cell mobilization and chemosensitization. In addition, since the CXCR4 receptor serves as one of the host co-receptors responsible for mediating HIV-1 entry into immune cells, compounds that block entry could potentially be used as HIV therapeutics. Unfortunately, the complexities associated with the multiple CXCR4 signaling pathways have created a major challenge for identifying compounds that are both effica­cious and possess a safety profile suitable for dosing patients every day of their lives.

Dr. Liotta’s lab has discovered a series of CXCR4 modulators that, de­pending on their binding orientations, can act as either potent antagonists or inverse agonists of CXCR4 cell surface receptors. In addition, they have discovered a series of dual tropic antagonists with excellent safety profiles that simultaneously block HIV entry through both CXCR4 and CCR5. In this presentation Dr. Liotta will discuss some of the opportunities and challenges associated with the development of these series.

He will also describe a chemoinformatics/machine learning protocol, called FRESH, that dramatically increases the ease of quality candidate iden­tification. To date, novel compounds, identified by FRESH and subsequently synthesized, were consistently found to have nanomolar or sub-nanomolar activity for several dissimilar proteins. In addition, they have used similar cheminformatics and machine learning protocols to explore the susceptibil­ity of molecules to mutation-induced loss of potency for HIV reverse tran­scriptase. These results strongly suggest that artificial intelligence will have great utility in the design of biologically active molecules.