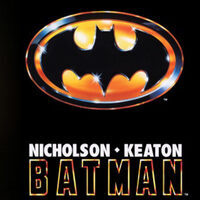 Discount offered to UNMC for “Batman” at the Omaha Symphony

In addition to the score, this film features songs written and recorded by Prince, including "Batdance,” "Scandolous" and "Trust.”

The promotional code "UNMC" offers a 20 percent discount to the show. For a complete listing of symphony shows, go to the symphony's website.

UNMC is a sponsor of the current season of the Movie Music series. To order tickets, go to Ticket Omaha, stop by in person or call 402-345-0606.

You're not going yet!

Register
This event content is powered by the Localist Community Event Platform.