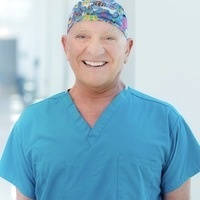 “The Rise and Fall of Lymphadenectomy for Breast Cancer”

Dr. Giuliano has been a clinician-researcher his entire career. He has served as chairman of the Breast Organ Site Committee of the American College of Surgeons Oncology Group Breast Research Committee and was author and principal investigator for the sentinel node Z0010 and Z0011 studies which significantly changed the standard of care for patients with breast cancer. The main focus of his clinical research continues to be management of early breast cancer and quality of life of breast cancer patients.  He was the first to successfully perform a sentinel node biopsy for breast cancer and has been a pioneer in the field.  This procedure has enabled early-stage breast cancer patients to avoid having more extensive surgery.

Dr. Giuliano is Past President of the Society of Surgical Oncology and currently serves on the American College of Surgeons Board of Governors.  He is very active in teaching fellows and residents and has served as chairman of the Breast Fellowship Program Directors Committee for the Society of Surgical Oncology.  Additionally, he has earned numerous teaching awards.  Dr. Giuliano became a Fellow of the Royal College of Surgeons of Edinburgh ad hominem (FRCSEd).  In 2008, he received the Veronesi Award for his worldwide contributions to breast cancer research.  In 2011, he was one of only three physicians to be awarded Castle Connolly’s national Clinical Excellence Award.  He also received the Glenn-Robbins Award from Memorial Sloan-Kettering Cancer Center and the Susan G. Komen for the Cure® Brinker Award for Scientific Distinction in Clinical Research.  In 2018, he received the OncLive Giant of Cancer Care® Award in Surgical Oncology.

Dr. Giuliano is a frequent speaker at national and international conferences and has been a visiting professor in the U.S., Europe and Asia.  Further, he is the author of more than 500 scientific articles and book chapters and has edited a textbook.  His work on lymph node metastasis has changed the management of breast cancer worldwide.