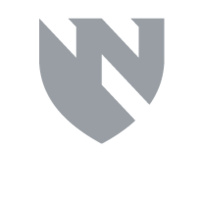 D & I Series: The Hiawatha Asylum for Insane Indians

In 1899 a congressman and a senator from the State of South Dakota requested funding from the U.S. Congress to build a mental institution that would be called the Canton Asylum for Insane Indians. They testified that mental illness was a consequence of the intermarriage of Indians and whites and such individuals were a threat to the white populice. Funding was granted, a large four-story building was constructed and opened in 1900. But no insane Indians could be found, therefore native people who were “troublemakers” of any sort were sent there. Over 30 years nearly 400 natives from several states were admitted as “patients.” The institution became known as the Hiawatha Asylum and had a history of neglect, physical and sexual abuse of its residents, and even sexual sterilization. It was essentially a “make-work” project for white residents of the area, for which the native patients suffered abuse and mistreatment--to put it mildly.