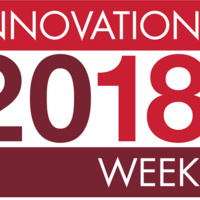 Seminar: "Moving into the Pharmaceutical Industry—Can the dark side be bright for you?"

UNeMed's Innovation Week continues with a free seminar presented by Prabhavathi Fernandes, Ph.D., who will discuss the path that led her through an impressive 35-year career in pharmaceutical discovery and development—which included  leadership roles at Bristol-Myers Squibb and Abbott Laboratories.

Dr. Prabhavathi Fernandes is experienced in drug discovery and development in large pharmaceutical and biotechnology companies. She obtained her undergraduate training in India, worked at the University of Ghent, Belgium in Immunochemistry and then received her Ph.D. in Microbiology from The Thomas Jefferson University, Philadelphia. After her Ph.D, and post-doctoral fellowships in bacterial membranes and in Clinical Microbiology, she chose a career focused on pharmaceutical discovery and development. She has more than 35 years of pharmaceutical discovery, development and management experience. Dr. Fernandes held executive leadership positions at pharmaceutical corporations including Bristol-Myers Squibb Pharmaceutical Research Institute where she was a vice-president in Drug Discovery, Abbott Laboratories, where she was the leader of Anti-infective Discovery and The Squibb Institute for Medical Research, where she conducted key research on the first monobactam antibiotic, aztreonam. During these years she was directly involved in the development of antibiotics, four of which have been approved with one, clarithromycin, achieving sales over a billion dollars for Abbott laboratories. After leaving Bristol-Myers Squibb in 1997, she founded and led four biotechnology and CRO companies as President, Chief Executive Officer and Director of each of these companies. Prior to her retirement in December 2016, she led Cempra, Inc. for 12 years as its leading executive and scientist.  In 2012, she led the initial public offering and listing on Nasdaq for Cempra, and has successfully raised over half a billion dollars for the company. She led the development of two antibiotics solithromycin and fusidic acid while at Cempra, Inc. and she licensed solithromycin in Japan to Toyama/Fujifilm. In addition, she obtained funding from BARDA, the biodefense arm of Health and Human Services in the U.S. and NIAID for the development of solithromycin for use in biodefense and other infections. Prior to Cempra, she was President and CEO of DarPharma, Ricerca, and Small Molecule Therapeutics. Dr. Fernandes has served on the U.S. Congressional Panel for Assessment of Impact of Antibiotic Resistant Bacteria and on the American Society for Microbiology Advisory Panel for Antibiotic Resistance. She has worked on policy matters to help in combating antibiotic resistance with IDSA and the Anti-infective Working Group. She serves on the editorial board of journals, was a member of the Product Development working group for Biodefense for the NIAID, and was an Advisory Board Member of Optimer Pharmaceuticals, Inc. as well as the Supervisory Board of GPC Biotech. At Optimer, she was involved with the development of fidaxomicin. In January 2017 she was appointed to the National Biodefense Science Board for the US Government and was appointed its Chairperson in July 2018.  She is currently on the Supervisory Board of Curetis a European based, publically traded, molecular diagnostic company. She serves as a consultant and scientific advisor to a several other biotechnology companies. She has authored over 250 publications and several reviews, book chapters and served as an editor for books.