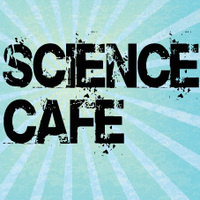 Join Amy Nordness, Ph.D., and Shannon Todd as they present, “The Eyes Have It -- How the Eyes Keep People with ALS Connected to the World” at the next Omaha Science Café, on Aug. 14, 7 p.m., at the Slowdown.

Dr. Nordness, is the director of UNMC Munroe-Meyer Institute's Department of Speech-Language Pathology.

She has worked as a clinical speech-language pathologist with children and adults across multiple levels of care, including outpatient, acute rehabilitation, and acute care and taught at Western Illinois University.

She became the director of speech-language pathology at the Munroe-Meyer Institute for Genetics and Rehabilitation in 2015. She specializes in motor speech disorders and augmentative and alternative communication (AAC).

Dr. Nordness has co-authored multiple publications in the areas of AAC, motor speech, and ALS and has presented regionally, nationally, and internationally. She has received grant funding to support projects related to pediatric swallowing disorders, instrumental swallowing training, AAC, and childhood apraxia of speech.

Shannon Todd, MSW, MPA, has worked for The ALS Association Mid-America Chapter since 2006. She received her bachelor of arts degree in psychology from Doane College in 2000, and her master’s degrees in social work and public administration from the University of Nebraska Omaha in 2005. She has been providing social work services and case management for patients and families dealing with acute and chronic health conditions since 2000. Shannon covers the state of Nebraska.

Science Cafes involve a face-to-face conversation with a scientist about current science topics. They are open to everyone (21 and older) and take place in casual settings like pubs and coffeehouses. Each meeting is organized around an interesting topic of conversation. A scientist gives a brief presentation followed by a Q-and-A period.

Pizza will be provided for the first 50 people by the Nebraska Coalition for Lifesaving Cures.

The event is being held In partnership with The ALS Association Mid-America Chapter.